It seems like most of these incredibly scary devices are from the Japan Trend Shop, which tells me that Japanese people must be very uptight about their appearance, because who else would try putting any of these items to work on their body?    I think most of these were devised by plastic surgeons trying to drum up some business from the people who try these things and do permanent damage to their vital areas.

I’m pretty sure that the eye-whitening drops are being used by pot smokers and drug users when they have to work the morning right after a long night of indulging.   There is a product we carry called Rohto Eye Drops, it’s almost $35.00 a bottle and it is rarely purchased, but often stolen.  I could never figure out why until someone told me it has a reputation on the streets among substance abusers as the best drops to make you look, well, less stoned. 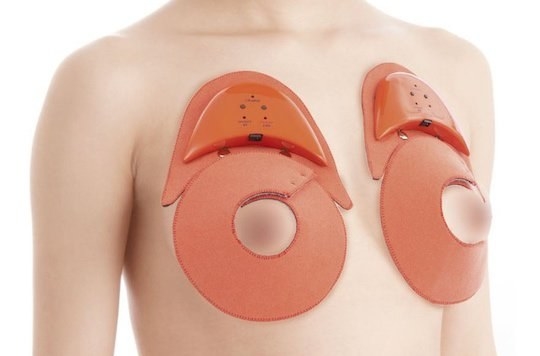 Chrissy: If they’re trying to insinuate that big-ass donuts will give you bigger boobs, I am living proof that this method works.

Kristin: I don’t always blur my nipples, but when I do, it’s because I am embarrassed of them and not the huge ham radios on my chest. 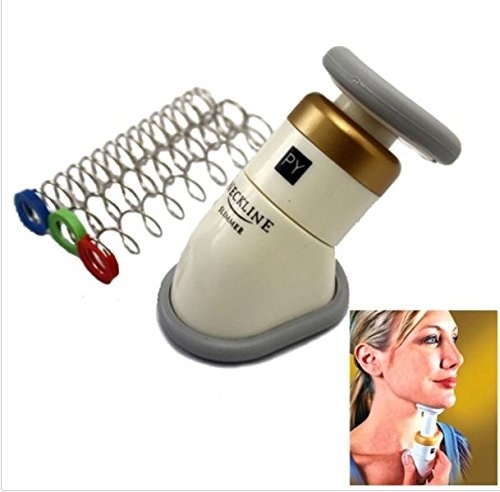 Kristin: OK, so you stick this under your chin, and then nod a lot. It’s called “neck training.” NECK TRAINING.

Chrissy: Prettttty sure holding a penis pump-type thing under your chin all day is a tad more distracting than just having a double chin in the first place. 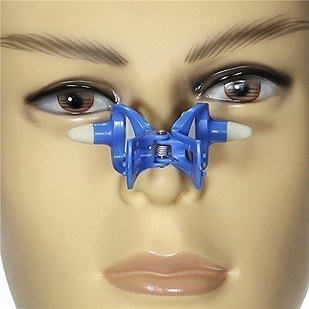 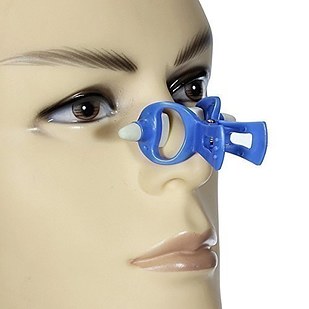 Kristin: Here’s how you get a surgery-free nose job!
Step 1: Clip it on your nose
Step 2: Suffocate
Step 3: You don’t need a nose job anymore 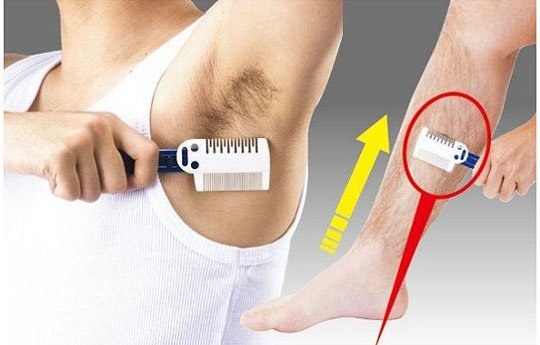 Chrissy: “For those moments when you want to look like just a slight whisper of a man.” — Their slogan, probably.

Kristin: Current mood: The face it looks like this comb is making when you tilt your head to the right. 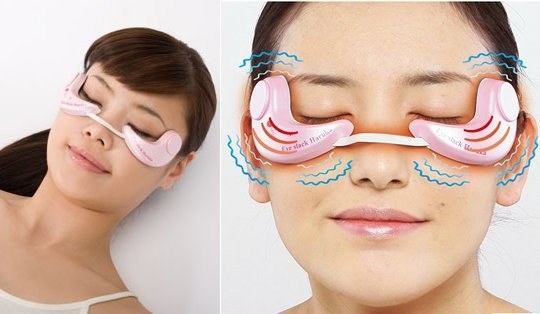 Chrissy: AKA vibrators that you pretend are for your face.

Kristin: I mean, if the goal is to make your eyes look less stressed, thennnnnnn that’s one way to accomplish it. 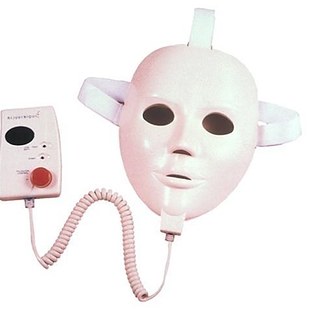 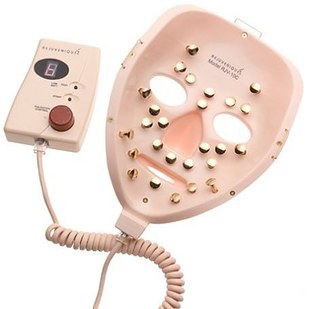 Kristin: This product literally comes with a VHS INSTRUCTION TAPE, so presumably you have to give it to someone else before 7 days is up or else you die. 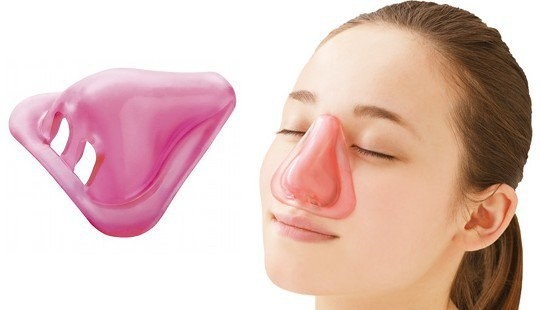 Chrissy: This is like those Groucho Marx nose glasses minus everything fun.

Kristin: I’m no pore doctor, but does this just trap the oil your body naturally makesinside your pores? This feels like a “the call is coming from inside the house” type of situation. 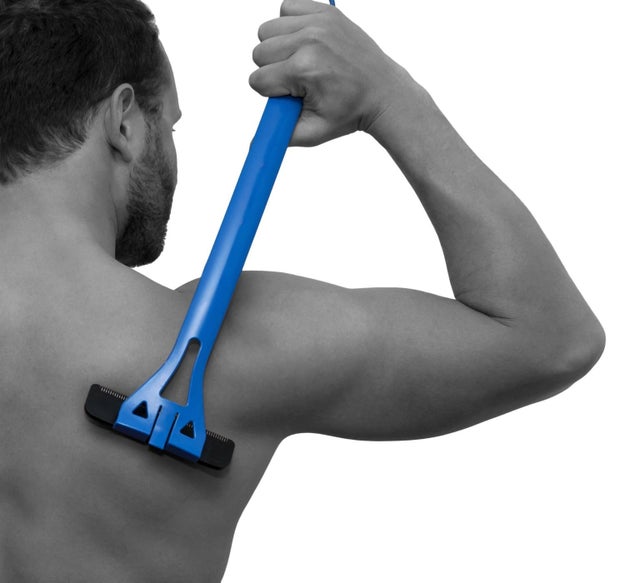 Chrissy: A terrible gift for your single friends.

Kristin: ♫ Mow, mow, mow your back/with a giant blade/hope you don’t shave off a mole/please don’t buy this product ♫ 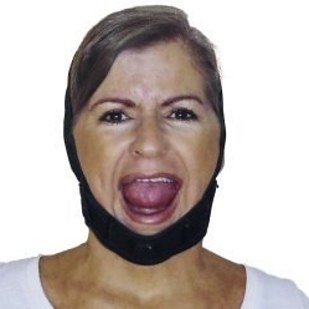 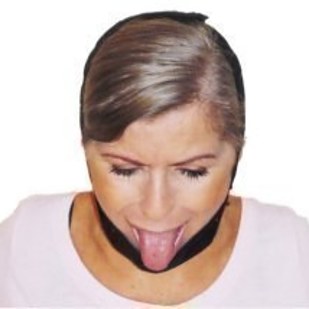 Kristin: The point of this is to reduce your double chin by…doing some lifts with face weights? I feel like that’s like getting thicker hair by enrolling your hair in CrossFit.

Chrissy: Holy shit, is this model being held hostage? IS THIS A CRY FOR HELP? 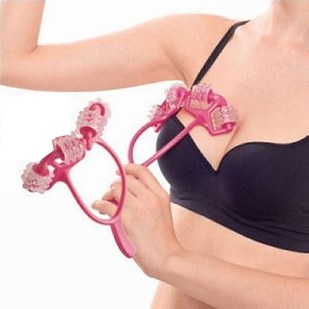 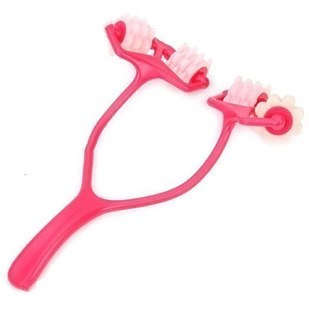 Kristin: How exactly does this make your boobs bigger? By plowing them so that you can plant more boob seeds or something?

Chrissy: Hot tip: If massaging your boobs made them bigger, the entire planet would have DDDs by now. 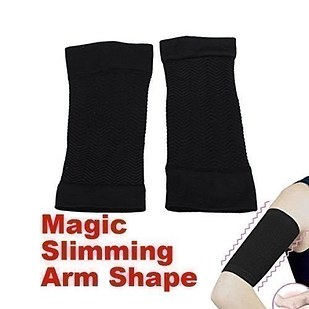 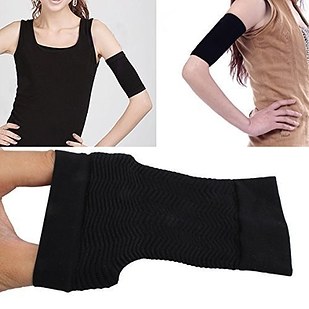 Chrissy: The logic that wearing a random-ass half-sock on your bicep is better than your “unsightly” arm is truly horrifying.

Kristin: I for one am very seduced by blood pressure measuring cups, Chrissy. 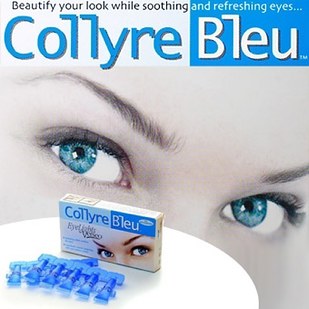 As Seen On TV / Via asseenontv.com 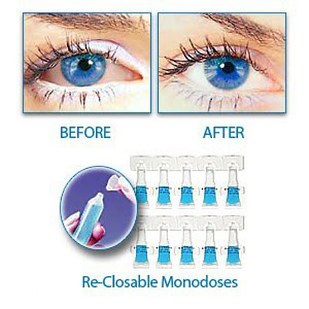 As Seen On TV / Via asseenontv.com

Kristin: So, do these eye whitening drops also come with a complimentary version of Photoshop?

Chrissy: Finally, a way to look as dead as I feel inside.

Kristin: Or at least like an American Girl doll. 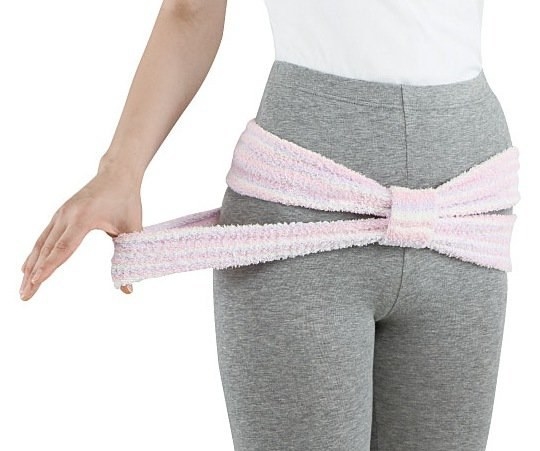 Chrissy: It’s like a lil’ bow for your vag, which TBH is one of the greatest gifts to this world. 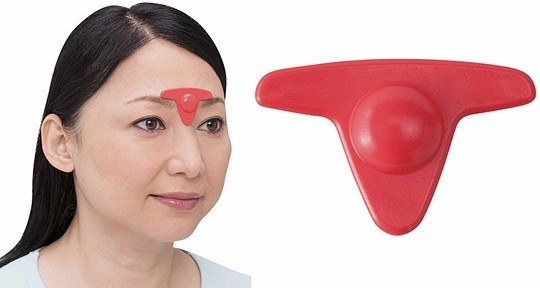 Kristin: Can we stop punishing women for aging? This is basically a scarlet letter for your face, except it’s actually a Benjamin Button.

Chrissy: Oh cool, a piece of plastic to suck out all those years of bad decisions.

Kristin: This is actually a tool to train your singing voice, which is legit, but it’s being marketed her as a “beauty gadget,” which, like, we’re not here to give you free beautiful concerts all the time, patriarchy.

Chrissy: Because there weren’t enough things to make women feel insecure about!