Do you remember the craziness leading up to the year 2000?   I do.  I was a store manager and actually had to go to my store at midnight on New Years Eve to make sure, um, that all of the computers didn’t blow up or something.  I have never felt more foolish in my life, not to mention wasting a perfectly good reason to get drunk.

It seems like it’s been more than 15 years, especially because I don’t remember any of these, but I guess they weren’t around very long (especially after things went fine on January 1st, 2000…) 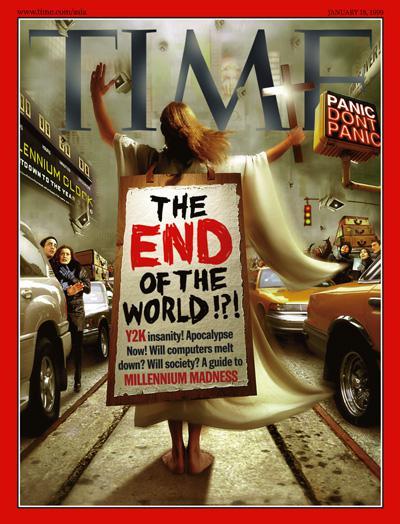 Way to be subtle, Time Magazine. Am I supposed to panic or not? Also, why would Jesus be wearing a sandwich board full of rhetorical questions after the fact?

Or what? Will my computer eat me or something? We better listen just to be sure, after all Best Buy is still around in 2015. Maybe Circuit City forgot to turn off their PCs? 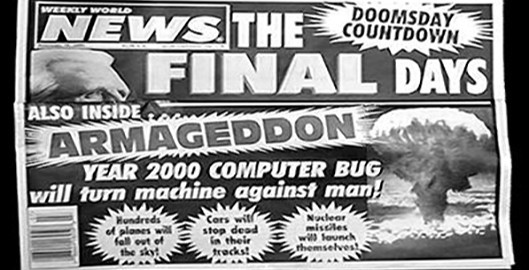 The Weekly World News is not about sugar coating things. They’re more about pouring gasoline on the fire and making the apocalypse sound likeThe Terminator. 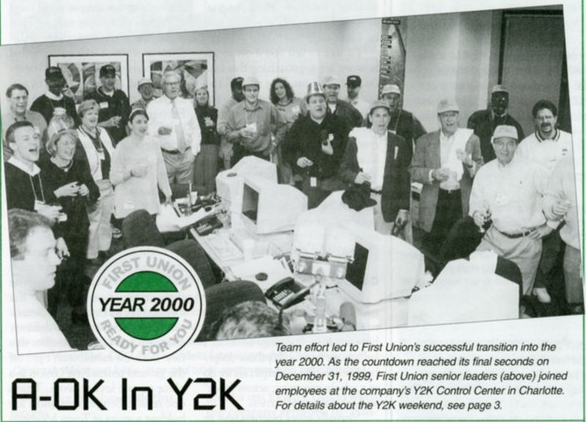 It appears these people spent their New Year’s Eve coding in a small room with their coworkers, which is a fate worse than death. 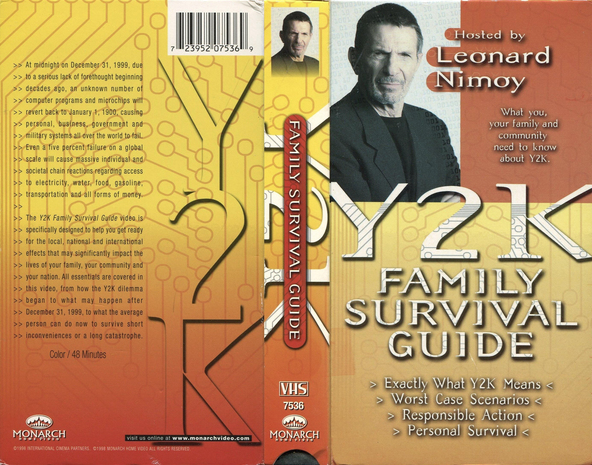 If anyone’s qualified to show me how to best handle the end of the world, it’s the guy who played a fictional alien scientist on a TV show nearly 40 years earlier.

A World in Crisis 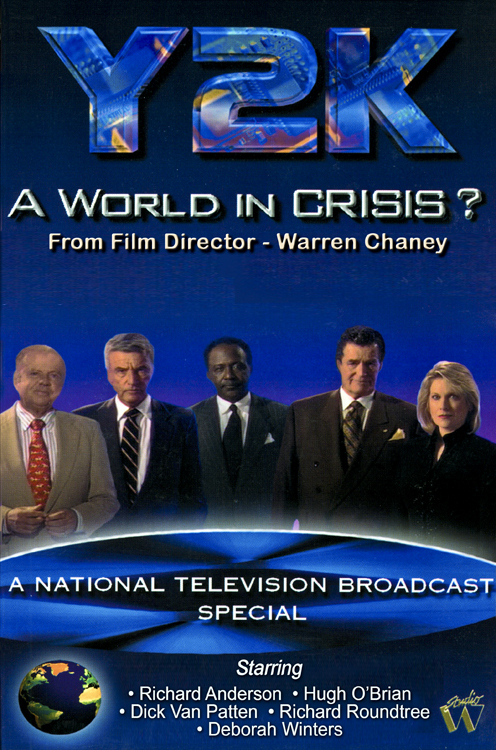 Forget what I said earlier. If I have the choice between Spock and Shaft showing me how to protect my family, I’m going with Shaft every time. 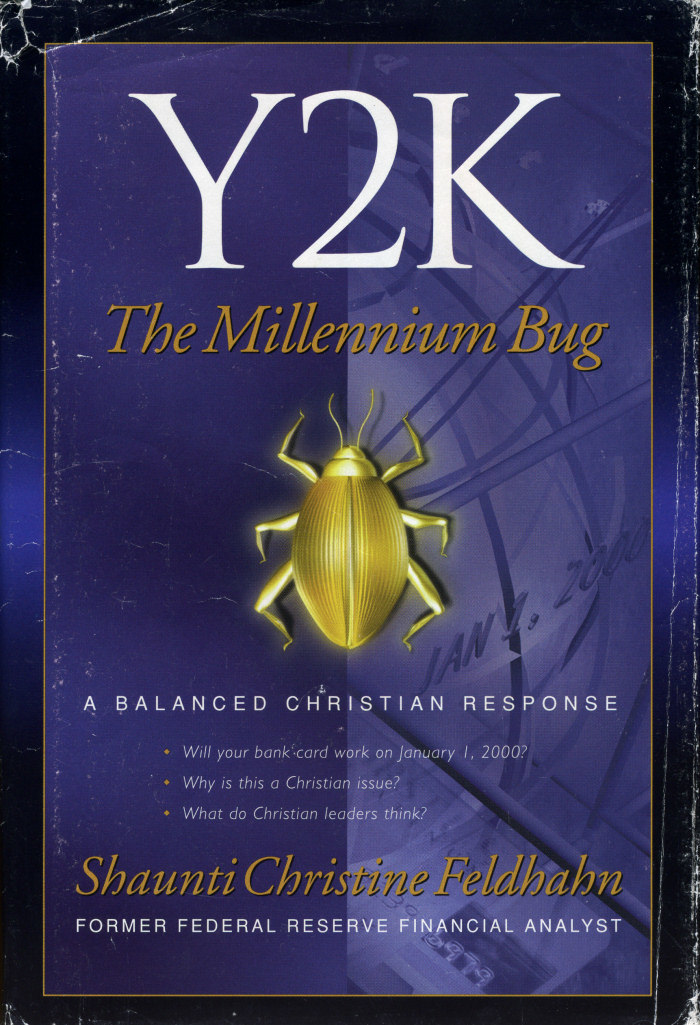 We love how the book makes sure to position itself as the absolute authority on helping Christians during Y2K, but the first question it asks is whether or not your bank card will work. Priorities, people. 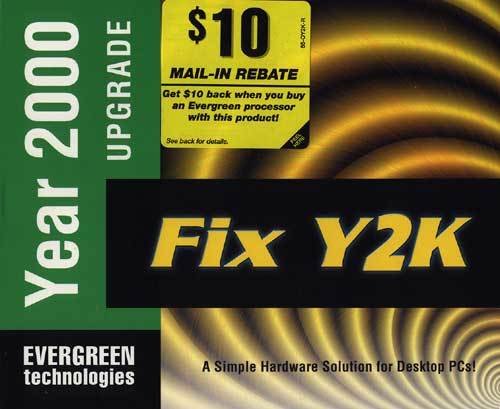 You probably shouldn’t leave your Y2K compliance up to someone who’s cheap enough to give you a 10 dollar rebate. Just a thought.

Look at all these suckers lagging behind the US. It’s the year 2000, baby. There’s no way the US will go horribly downhill right after electing a brand new president for the new millennium. 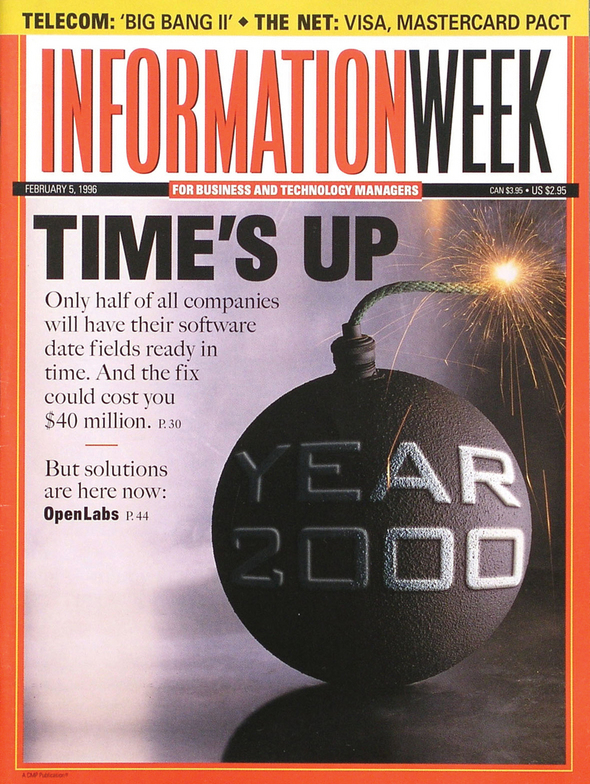 The fix is going to cost you specifically 40 million dollars. Hope you’ve been saving up for it. 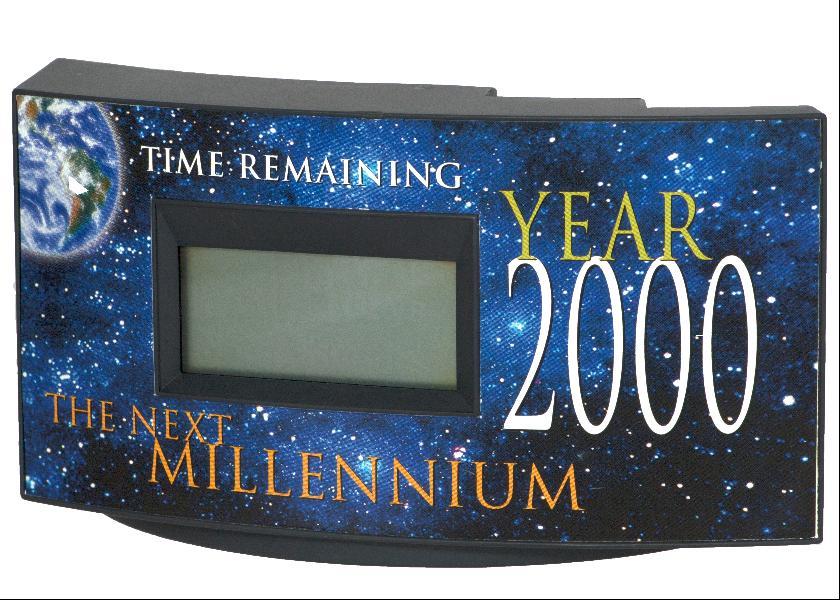 If you spent money on a clock just to countdown to the apocalypse, you need to stop being such a Debbie Downer. Also, shouldn’t you have gone analog? 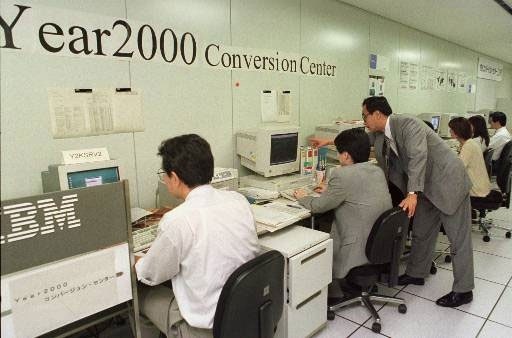 It was completely up to these guys to sit in cubicles all day and update software for the 2000 switch. Which means their lives were literally the movie Office Space. 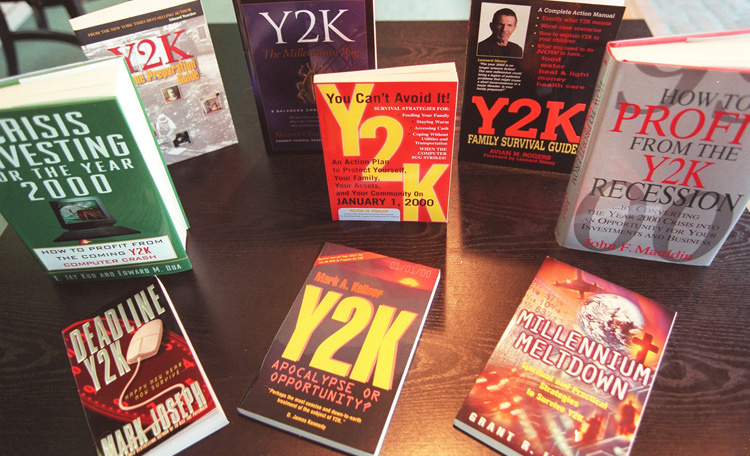 How to Profit from the Y2K Recession sounds like a book a super villain would read. Or Donald Trump.

Y2K was so serious that President Clinton even created a council specifically for readiness. The council handled everything as President Clinton was busy with other things around that time, if you catch our drift. 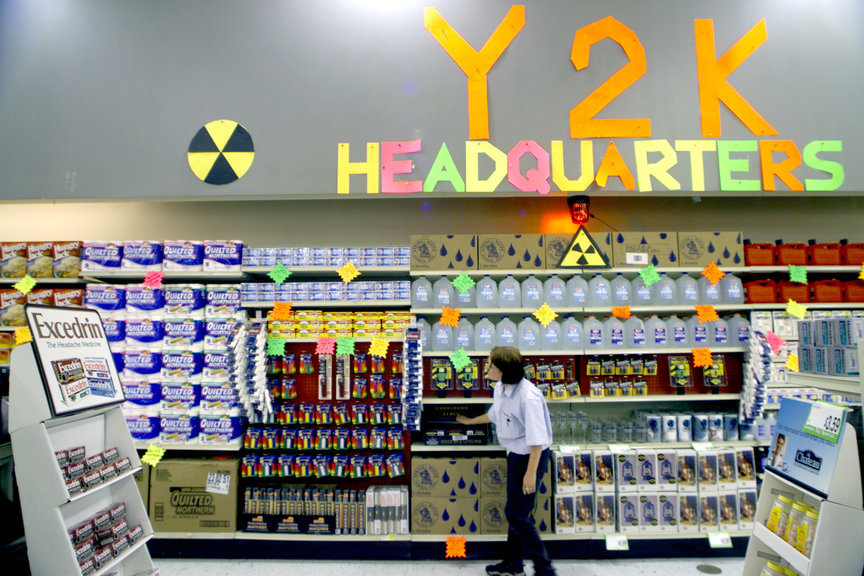 So someone went out of their way to decorate your one stop Y2K shop. A lot of thought went into this. So much so, that someone apparently thought it was a good idea to make that disturbing nuclear power symbol, get up on a ladder and put it up high where everyone could see it and be reminded that the end of the world could happen at any moment. I guess with the apocalypse happening, they weren’t worried about getting repeat business.