So as more and more brick and mortar retailers are shutting down due to increased competition from online, it looks like something is heading in the opposite direction.   Geekwire  has learned that Amazon is opening a store in Seattle (Project X?  Really?  That wasn’t even a good Matthew Broderick movie)  where customers will place an order online and then pick it up at the curb of the store without ever having to leave their cars.   I blogged in June how Target has bailed on curbside pickup at their stores, and CVS might be next. But apparently Amazon feels there are a lot of consumers who don’t like leaving their car for ANYTHING.

I consider myself a tech-savvy person who is also lazy at times, but I just can’t see myself using this service unless I was REALLY in a hurry.  Not that I love going to the grocery store, but I do want to pick out my own produce, meat, and so on.  Whether it turns out to be a “new model for grocery shopping” or a new model for failure remains to be seen. 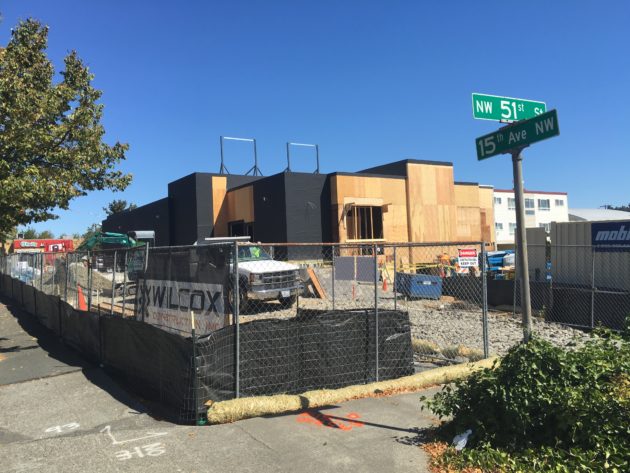 Permit filings uncovered by GeekWire show plans to renovate the former Louie’s Cuisine of China site, at 5100 15th Ave. N.W. in Seattle’s Ballard neighborhood, into a 9,759-square-foot retail space where customers can pick up groceries that they’ve ordered online, in what the project team calls “a new model of grocery shopping.”

The company appears to be doing its best to keep its involvement under wraps. Planning documents filed with the city of Seattle use the mysterious moniker “Project X,” with no reference to the e-commerce giant. Even the people building the project don’t know what’s happening.

“No idea,” one worker said when asked what would be going into the building. “We had to sign our life away. Half the guys in there don’t even know what they are working on.”

“It’s a big secret — they won’t tell anyone,” another worker said.

However, the description of the project matches, almost exactly, the language in planning documents for Amazon drive-up grocery stores planned in the San Francisco Bay Area. In addition, Ware Malcomb, the same architect that designed Amazon’s planned drive up grocery stores in the Bay Area as well as its Prime Now delivery hub in Seattle, is listed as the architect for “Project X.”

GeekWire has contacted Amazon seeking more details about the project, including the timeline for opening the new facility, and we’ll provide updates as we learn more.

Here is how the business works, according to planning documents from the city of Seattle:

When placing an online order, customers will schedule a specific 15-minute to two-hour pick up window. Peak time slots will sell out, which will help manage traffic flow within the customer parking adjacent to the building. When picking up purchased items, customers can either drive into a designated parking area with eight parking stalls where the purchased items will be delivered to their cars or they can walk into the retail area to pick up their items. Customers will also be able to walk into the retail room to place orders on a tablet. Walk in customers will have their products delivered to them in the retail room.

Hours of operation are expected to be 7 a.m. to 10 p.m. At peak time, there will be approximately 15 employees working on site, and three to five people will be dedicated to bringing orders out to parked cars. About a quarter of all trips are expected to occur between 5 and 7:30 p.m. The average wait time is expected to be about five minutes.

Word of the project has spread through the neighborhood. Tony Mazzarella is the owner of Mac’s Upholstery Shop, which has been in business since 1948 across the street from the future pick-up grocery. He is aware of the project and has no problem with it. However, Mazzarella is concerned about new development in the neighborhood and traffic issues.

“I don’t care, it’s fine … it’s not going to bother me,” Mazzarella said of the new pick-up grocery store. “Those apartments across the street bother me, with no parking.”

Plans for the Amazon grocery stores haven’t gone over well in the Bay Area with some residents and elected officials. They argue the stores would clog important arterials during commuting hours both with customers picking up orders and delivery trucks bringing product to the store. In the case of the San Carlos, Calif. store, Ware Malcomb pitched the project to city officials for approximately one year without disclosing that Amazon was the tenant.

The site in Seattle is on the busy 15th Avenue corridor, with cars streaming off the Ballard Bridge into the longtime Scandinavian fishing enclave. The neighborhood has undergone a major transformation in recent years, fueled largely by the tech boom, with condo and apartment units springing up seemingly all over to accommodate an influx of new residents.

The move represents further commitment to the brick and mortar realm for the online shopping giant. Amazon opened its first physical bookstore at the University Village shopping center in Seattle late last year. It has also opened multiple local Prime Now hubs that offer one-hour delivery on many different types of items.

Property records show that an entity related to a Seattle-based property management company and brokerage firm Real Property Associates bought the site in 2014 for about $2.5 million. RPA co-owner and managing broker Gordon Stephenson, who is also a member of Zillow’s board, is listed on permit records for Project X as the site’s owner. He did not immediately respond to an email request for comment.