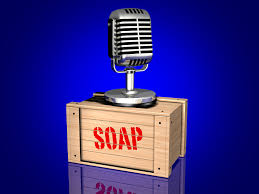 A few weeks back I talked about 10 Sentences A Good Manager Should Never Say and there is another one that I need to add to the list.   It came up recently and brought me back to other times I’ve heard it said during my career and the damage that it does.

It usually occurs when a manager is talking to an employee who has had interpersonal issues with other employees or is rubbing people the wrong way.   They may be doing a great job, but other employees have complained about them.   The manager will come out with:

“Nobody here likes you.”

I learned a long time ago that when you coach or discipline employees, you always talk about behavior or performance and you never make it personal.   That sentence, however,  is a personal attack made in an effort to demoralize the person and deflect any further arguments they might have.  It is completely unnecessary and the behaviors could be addressed instead, using words such as:

“The way you have acted towards others is making it difficult for them to get along with you.”

“You need to work and get along with your fellow employees or you will not be successful here.”

The most memorable example I remember is a female employee who had transferred from my store to another store.  She made the mistake of going there and saying “We used to do it this way at my last store” and “My old store was better at this” etc. and quickly rubbed people the wrong way.   She came to me in tears because her new manager told her nobody liked her and they all wanted her to go back to her old store.    I couldn’t take her back at the time but coached her on how to say things differently (“Have you tried doing it this way instead?”) but told her she mainly needed to adapt to the new store’s ways and eventually she figured it out.  She worked there for several more years and was successful.

The manager who told her “Nobody likes you!”?    Her store was a disaster and she was eventually terminated.    I get the feeling nobody liked HER that much.