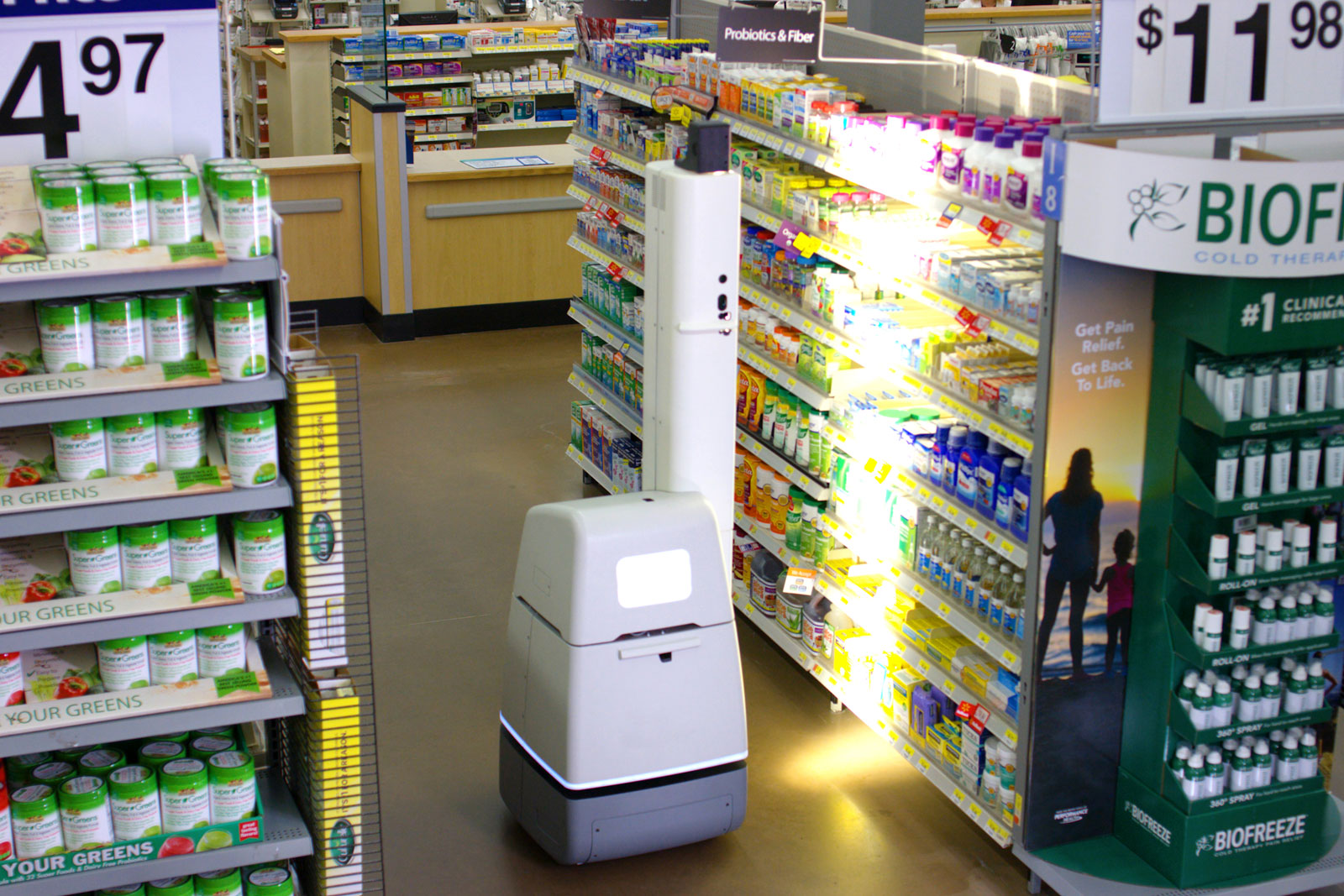 Skynet might be next, folks.   Walmart is now testing shelf-scanning robots, which means they won’t need that person who goes around with an RF scanner and checks counts (to fix the ones that are wrong, usually due to theft or shortages.)   They SAY that it’s meant to supplement humans, not replace them, but when has that ever been the case?  When stores install self-checkouts, they always are doing it to save cashier hours, not to “supplement” anyone so why would this be any different?  As soon as they figure out that they work (and probably do a better job than that lazy old human) you’ll see some more people out of work in Walmart.  ( They’ll likely go to Amazon, since they’re the only retailer growing these days…)

The benefit for the customer is that the robots will be able to scan more items in less time, and the sooner that items that are scanned and counts fixed, the sooner the item will be re-ordered and theoretically there’d be less out-of-stocks.

And the Walmart statement says “humans will always be better at grabbing things to stock the shelves” but I guarantee you they are testing out a robot who can stock items as well.  Welcome to the future of retailing.

You may have seen stores deploy shelf-scanning robots before, but they’re about to get one of their largest real-world tests to date. Walmart is expanding a shelf-scanning robot trial run to 50 additional stores, including some in its home state of Arkansas. Machines from Bossa Nova Robotics will roam the aisles to check for stock levels, pricing and misplaced items, saving human staffers the hassle of checking everything themselves. There will be technicians on-site just in case, but the bots are fully autonomous. Thanks in part to 3D imaging, they can dodge around obstacles and make notes to return later if their path is completely blocked.

Walmart stresses that the robots are there to supplement humans, not replace them — to eliminate drudgery and the expenses that go with it. This helps workers get to the task of filling empty shelves, and that’s a job that the company doesn’t see ending any time soon given the difficulty robots still have when grabbing objects. “Store associates will always be better at that,” Walmart’s Martin Hitch told the Arkansas Democrat-Gazette. And the chief of Bossa Nova rival Simbe Robotics, Brad Bogolea, added that shelf checks can cost a major retailer hundreds of millions of dollars per year. However expensive the robots may be, they could pay for themselves very quickly.

Whether or not the robots see wider use will, unsurprisingly, hinge on the success of this wider trial. Early results are positive, however. And given that Walmart has already made a point of using technology to automate processes like grocery pickups, it’s hard to imagine the company turning robots down. The main question is whether or not robots will remain complementary. After all, Walmart is fond of cutting costs whenever possible, and doesn’t exactly put its staff on pedestals. While jobs are safe from automation for the foreseeable future, it’s easy to imagine robots eventually taking over those positions that don’t require human-to-human interaction.