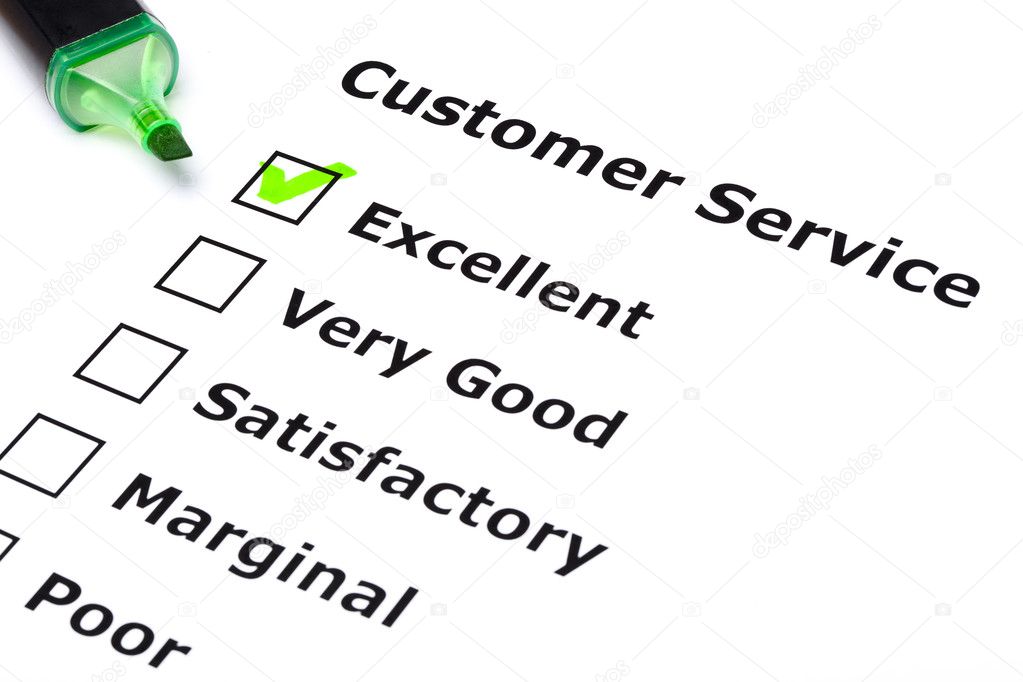 At the company where I work, customers are randomly given a survey where they can rate the store where they shopped in for cleanliness, customer service, in-stock and so on.  I have long felt that these surveys are garbage, as I have seen many examples of stores that looked HORRIBLE who were getting good scores, and as many examples of the other way around.  There are a lot of factors involved–one is simply that customers in a lower income area might have lower expectations of the appearance of the store (since other stores in the neighborhood might not be that great) and there’s also the simple fact that it’s such a small sample size (less than 1 in 1000 of the customers are surveyed) that one or two bad customers can destroy an otherwise good store’s score.

Even more frustrating is that my company values the results of the survey higher than anyone else that I know of, in fact it’s weighted as heavily as store sales on scorecards that impact manager’s bonuses and compensation.  So a manager can be doing a great job driving sales and have a huge sales increase but his bonus could be dragged down by a low survey score.  As Trump would say, “Wrong!”

An independent company went out and tested surveys at the top 51 retailers in America and the results were pretty staggering.   At the end of this article there’s a link to the entire report but here’s the key points:

**“We found that most retailers offer customer surveys, only a few (like 7-11) succeed at capturing quality information.  Most (like Walmart and Kohl’s) use leading questions and biased language.”

**“In fact, no survey was engaging and scientific.  One was decent, 12 were of poor quality, and the majority (28) were GARBAGE–not worth the time they took to complete.”

**”That’s a lot of useless data captured in unengaging ways.”

**”63% of surveys had at least one scale that lacked a midpoint or used labels that favored towards the positive–failing to account for the fact that many experiences are simply neutral.”   (i.e. scales of Extremely Satisfied, Very Satisfied, Somewhat Satisfied, Not Very Satisfied, and Not at All Satisfied.)

Adding to the problem is that a lot of companies take the approach that since their goal is “Extremely Satisfied” customers, nothing less than that is acceptable.  That’s fine, except they count that response as a “5” and everything else as a 0.  There are a lot of customers that will tell you that they never give a “5” because “There’s always room for improvement, nobody’s perfect, etc.” and their 4 then is equivalent to a customer who had a horrible experience and gave the store a “1.”   So now you’ve taken a small sample size and eliminated a lot of the data in it with an “all or nothing” approach.  Wouldn’t a company want to know which stores consistently get “4”s so they can push them to a “5” and which stores are consistently getting “2” scores?

Personally, I avoid doing the surveys when given them in a store or restaurant unless I received good service, in which case I’ll give them a “5” in everything because the employees probably need it.  If I received horrible service I might take the time to give out some “1”s but that’s pretty rare for me.  I mean honestly, when was the last time you went to buy groceries and left “Extremely Satisfied?”   If your idea of being Extremely Satisfied is getting everything you needed and being checked out fast, good for you, but for me the highest I’ll go on that is “Very Satisfied.” To be Extremely Satisfied, there better have been a neck and shoulder massage,  someone carrying out my groceries, driving me home and unloading everything in my kitchen.  I have standards, you know…

The full survey (with results, you do want to know who came in first and last, don’t you?)   can be found here.    Hint, the #1 chain has 2 numbers in their name and can be found on a lot of street corners.