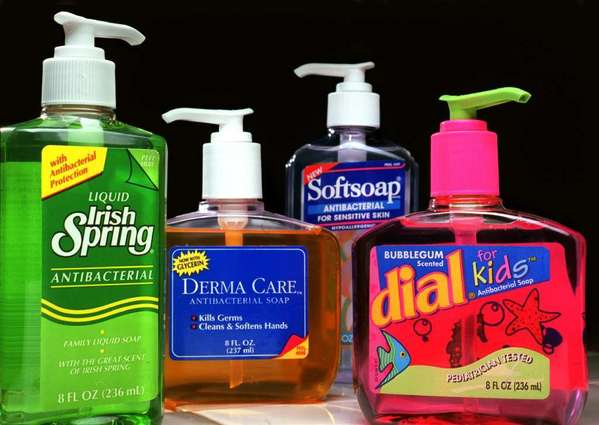 For centuries people have survived by washing their hands with soap and water, but in the last decade Americans have become obsessed with trying to scrub off every possible germ and microbe using antibacterial soaps, hand sanitizers and so on.  The FDA has finally had enough of the false claims by the manufacturers and are banning the sale of soaps containing Triclosan and other chemicals, as not only haven’t they been able to prove they’re beneficial, but in fact they may actually be harmful.   There is more and more evidence that the use of antibiotics is creating more resistant strains of bacteria which may one day cause a major plague, so it shouldn’t come as a surprise that it’s not a good idea using antibacterial hand soap either.

The hand sanitizers are also being looked at as well.  We sell a TON of those and the antibacterial soaps so it will be interesting to see if they’re recalled for now or just phased out as the manufacturers scramble to keep their market share.   They’ll probably just replace the chemicals with something else and call them “extra sanitary soap” or something lame like that.   Personally, I’ve always trusted in my immune system–I wash my hands and clean my cutting board but other than that, I prefer to keep my immune system strong and give it an occasional bug to kill instead of trying to scrub it off my body all the time.

WASHINGTON — The Food and Drug Administration banned the sale of soaps containing certain antibacterial chemicals on Friday, saying industry had failed to prove they were safe to use over the long term or more effective than using ordinary soap and water.

In all the F.D.A. took action against 19 different chemicals and has given industry a year to take them out of their products. About 40 percent of soaps — including liquid hand soap and bar soap – contain the chemicals. Triclosan, mostly used in liquid soap, and triclocarban, in bar soaps, are by far the most common.

The rule applies only to consumer hand washes and soaps. Other products may still contain the chemicals. At least one toothpaste, Colgate Total, still does, but the F.D.A. says its maker proved that the benefits of using it — reducing plaque and gum disease — outweigh the risks.

The agency is also studying the safety and efficacy of hand sanitizers and wipes, and has asked companies for data on three active ingredients — alcohol (ethanol or ethyl alcohol), isopropyl alcohol and benzalkonium chloride — before issuing a final rule on them.

Public health experts applauded the rule, which came after years of mounting concerns that the antibacterial chemicals that go into everyday products are doing more harm than good. Experts have pushed the agency to regulate antimicrobial chemicals, warning that they risk scrambling hormones in children and promoting drug-resistant infections.

“It has boggled my mind why we were clinging to these compounds, and now that they are gone I feel liberated,” said Rolf Halden, a scientist at the Biodesign Institute at Arizona State University, who has been tracking the issue for years. “They had absolutely no benefit but we kept them buzzing around us everywhere. They are in breast milk, in urine, in blood, in babies just born, in dust, in water.”