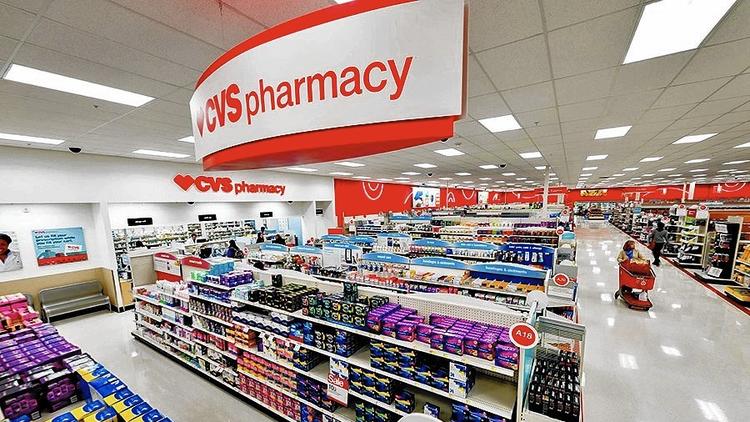 There’s a reporter named David Lazarus who is a consumer affairs reporter for the LA Times and he often tries to help people who feel like they have been untreated unfairly by a business.  This is not the first time he’s written about CVS, in fact he’s done is so often at times it almost feels like he has a grudge against them.

This article however, is pretty much what you’d expect after a chain acquires someone else, unhappy customers at the original chain who don’t like the new company end up going somewhere else.  This customer, who had been using Target’s pharmacy before they converted to CVS, was unhappy because his medication went up from $50 to $241 (wouldn’t you be?)  but my favorite part is where the manager called to help him just admits “It’s because we’re CVS now.”   Also interesting that when Target was contacted for an answer their response was “Don’t talk to us, talk to CVS.”   I’m willing to bet there’s  quite a few folks working at Target who aren’t happy with the new neighbors in their building either..

“Our heart is in every prescription we fill, and providing accessible, supportive and personalized healthcare is part of our DNA,” she said.

Accessible, supportive, personalized — those are all good things. But noticeably missing from Foulkes’ list of consumer-friendly DNA components was this: affordable pricing.

Riverside resident Jerry Good was accustomed to paying between $40 and $50 at his local Target for a vial of sildenafil, which is generic Viagra and thus not covered by most insurance plans unless prescribed for heart failure.

Good, 70, doesn’t use it for heart failure, so he pays cash, along with a discount card from the price-comparison website GoodRX.

Last month, he went in for a refill and was astonished to learn that, with CVS now running the Target pharmacy, he was being charged $241 for the same 60 little white pills.

See the most-read stories in Life & Style this hour >>

“I’m all for people making a reasonable profit,” Good told me. “But this is just price gouging.”

He asked to see the manager. He wanted to know why a prescription refill that had cost about $50 in December was 380% more expensive just three months later.

“The manager said he’d been hearing complaints from a number of people,” Good recalled. “He said it was because they were now using CVS’ pricing schedule.”

Good promptly switched his prescription to a nearby Vons pharmacy, where he was charged just $45 for sildenafil.

His experience with cash-only purchases highlights the wide range that can exist in healthcare pricing — a crazy situation that’s often hidden from consumers because insurers pick up the bulk of the tab.

It’s important to remember, though, that higher prices paid by insurers ultimately means higher premiums for policyholders. So when charges for prescription meds reach ridiculous levels, everyone ends up suffering.

To see what happened in Good’s case, I first contacted Target. A spokeswoman for the chain declined to comment, telling me to take up the matter with CVS.

“This increase was caused by changes made by GoodRX, not by CVS Health,” he said. “Discount card programs are administered by third-party networks and these networks establish the discounted price, not the pharmacy. In addition, drug prices under discount card programs can fluctuate regularly and vary from network to network.”

True. Take a look at sildenafil costs on GoodRX’s website. For 60 pills with a 20-milligram strength, Wal-Mart, Kmart, Safeway and Kroger each charge about $45, using GoodRX’s discount card or coupon.

Doug Hirsch, co-chief executive of Santa Monica-based GoodRX, said such huge differences are “the nature of pharmacy pricing.” Some drugstores are amenable to offering customers discounts, some aren’t, he said.

Yet since no pharmacy will sell drugs at a loss, it’s reasonable to assume that the discounted price of $45 for 60 sildenafil pills is something close to a fair price. Anything above that, Hirsch acknowledged, almost surely represents pure gravy for the drugstore.

“We don’t control the prices of drugs,” he said. “CVS has its own relationships with suppliers.”

In this case, however, it seems that the changeover from Target to CVS caused some drug prices to spike higher than CVS wanted. Hirsch said GoodRX has been in touch with the drugstore and with the pharmacy benefit manager that helps provide discounts to GoodRX cardholders.

In coming days, he said, the price of sildenafil at CVS should drop again to the roughly $45 that Good had been paying when it was still a Target pharmacy.

“This whole thing was kind of a blip,” Hirsch said.

You could say that. Or you could say it was an unintended pulling back of the curtain on all the hocus pocus that goes into healthcare costs. And consumers have every reason to be concerned as industry consolidation gives them fewer choices.

Mireille Jacobson, director of UC Irvine’s Center for Health Care Management and Policy, said the dwindling number of drugstore chains makes it harder and harder for consumers to know they’re being treated fairly.

“These are not highly competitive markets,” she said. “These are markets with a handful of big, big players, and with customers usually sticking with whatever drugstore is closest to them.”

Target was a relatively small player in the drugstore business — and apparently not that good at it. The company’s chief financial officer, John Mulligan, acknowledged last year that Target’s pharmacy business posted “modestly negative” results in the previous fiscal year despite generating $4 billion in sales.

The company chose to let CVS buy the business for nearly $2 billion.

“All this consolidation among drugstores means the remaining players have more market power and more economies of scale,” said Sean D. Sullivan, a pharmacy professor at theUniversity of Washington.

“That could mean lower prices for customers. But what you usually see instead is higher prices because of monopoly-like power.”

I asked CVS’ DeAngelis how much a cash-only purchase of sildenafil would run without a GoodRX discount card. He replied that this information is “not relevant.”

It couldn’t be more relevant. Unless consumers know the true costs of healthcare, they’ll never know if they’re being fleeced.

As it happens, GoodRX says 30 sildenafil tablets, without a discount card, will cost $528 at CVS.

And with the card, it’ll soon be about $25. That’s some discount.

Shop around. Check sites like GoodRX to see which stores are charging lower prices and which ones are ripping you off. See what kind of savings can be found through mail-order pharmacies or discount programs.

Blips happen. And seldom in your favor.